I showed 11 pictures to 6 residents of Albert Town to get their feedback, and to learn more about Albert Town than I might otherwise in in-depth interviews.

I chose the 11 images for various reasons. Each picture has a brief caption and some comments about it from Albert Town residents. 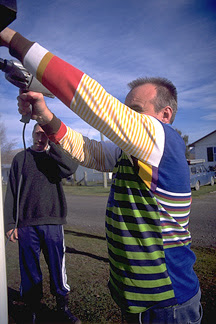 Peter Cross, foreground, fixes a broken shed, with the help of Harry Dickey. 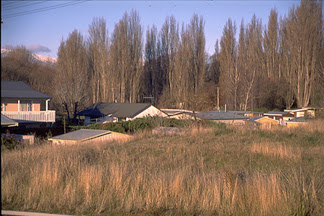 Looking toward the poplars on the Cardrona riverbank. 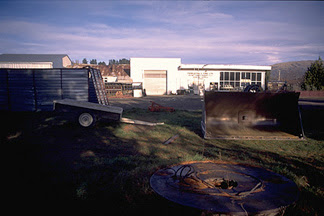 Templeton and Son, the garage, smithy, and engineering shop. 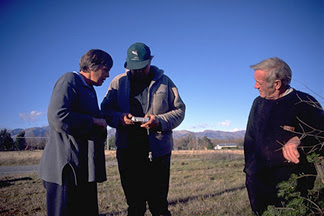 Alison Hebbard, Bruce Hebbard, and Rae Benfell on the day Bruce and Alison were clearing the section next to Rae's, on which their parents will build a home. 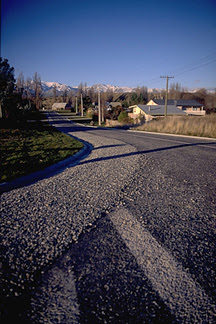 A view down Kingston Street in lower Albert Town, looking towards the old building at the bottom of the street. 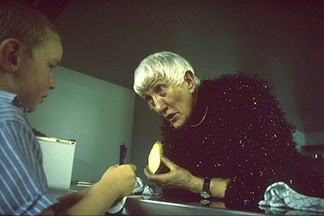 The monument and tree in the Albert Town cemetery. 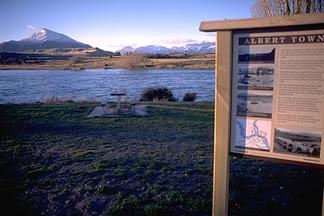 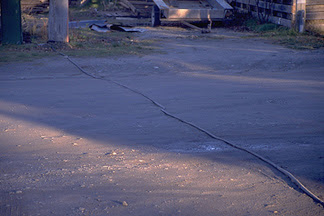 The road counter at Dale Street. 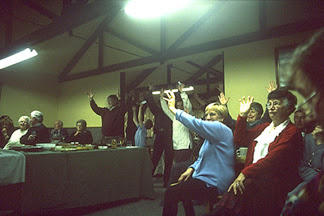 Community association members voting on having a Christmas party, during the midwinter potluck in June. 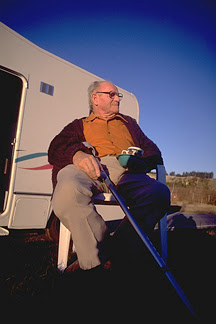 Logan Hebbard watches his son, Bruce, clear the land where Logan and his wife will build a home.