White Island is a volcanic island 50km north of Whakatane, in the open ocean outside the Bay of Plenty. It used to be a site from which sulfur was mined, but the acidity of the environment (and its marine salinity) made the prospect even more of a losing one than it would have otherwise been. Now the island is a site for travelers, tourists, and scientists to explore in search of the guts of the earth. 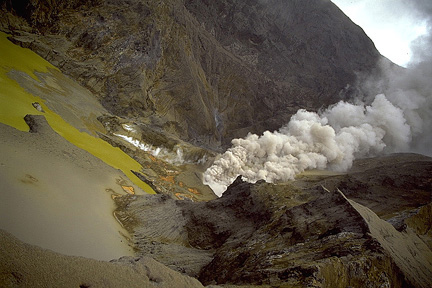 Okay, so it's a tilted horizon, but it works, doesn't it? This is a big crater pouring out ash. The ash comes from somewhere underground, and in January the area which is now under the green lake (left) collapsed and filled with water. Before then, it was just a big flat area like the area just below it in this picture. 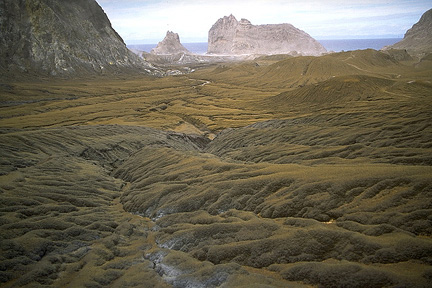 It's like a moonscape, or a small world which is way out of scale with the huge humans in it. The distance from where this picture was made to the rocks in the rear center is about 700 meters! 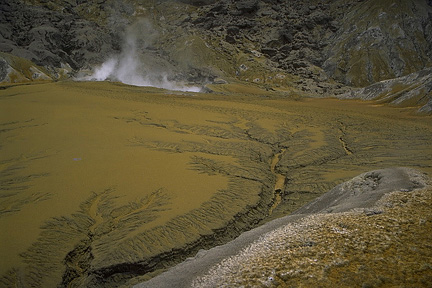 The colors were really wild, and these mudpots were cooking up steam and solid precipitate which forms areas of color, like below. 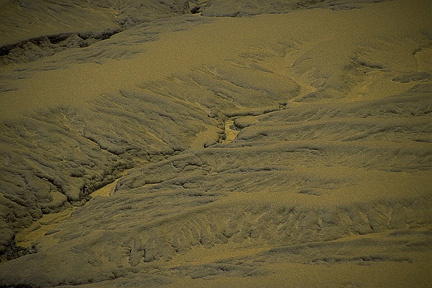 This is a close-up, but it feels like an aerial shot, doesn't it? 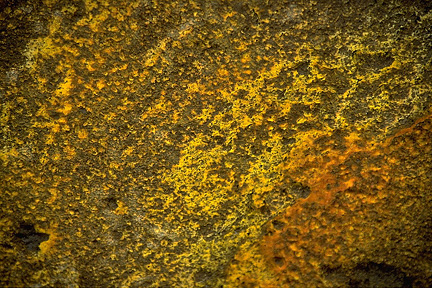 This is an area about the size of an average paperback book. The red color is relatively rarely seen on White Island, but there is plenty of sulfur to make things yellow. The island used to be mined for sulfur before it became uneconomical to do so in such a harsh environment. 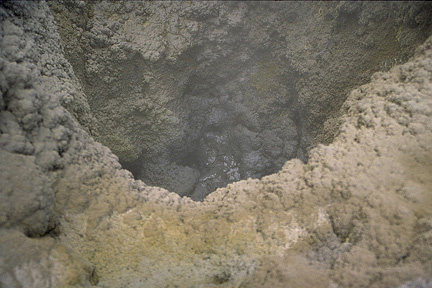 This is a look inside the guts of the earth. The mud here is very hot and is boiling up from far below...
Newer Post Older Post Home