Who are these men? 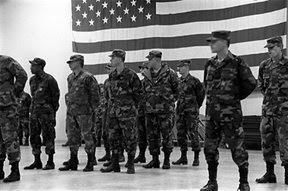 The headquarters unit of the unit stands in formation at the beginning of each day.

- The men work hard to learn to perform their duties properly.


What is it that they actually do? 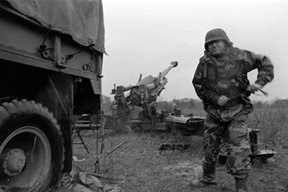 Fire! The soldier pulls a cord, which triggers a shotgun shell in the breech, igniting the powder and firing the shell.

- Preparation for firing.
- Fire!
- A single round.

It takes a lot of preparation and teamwork. 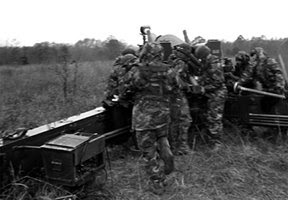 In addition to the six soldiers seen here, there are two with the ammunition, one with the gunpowder, and at least one more assisting in other procedures relating to the firing of this one 155mm howitzer.

- Loading and aiming the howitzer is a series of precise steps, often occuring simultaneously.


It's not always a hurry. 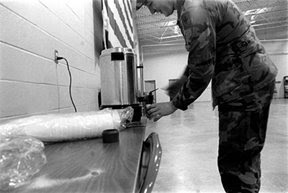 Coffee is an important part of the training exercise, and is always on hand in ample amounts.


There's an element of adventure. 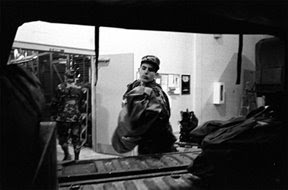 The men load large amounts of equipment into the Hummers for the long road trip from the armory to the firing range.

- The adrenaline begins to flow when the fire mission message comes from unit commanders.


But there's also the mundane. 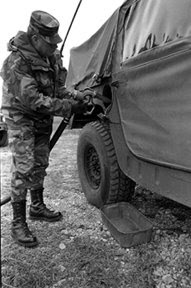 Each Hummer gets about 10 to 15 miles to the gallon, but their tanks hold enough for long trips. Even so, they need to refill. Army environmental regulations require a container be placed to catch any gas spillage during fueling.

- Military-issue clothes are always being issued and improved upon. 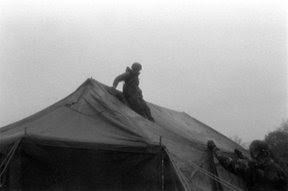 A soldier slides off the soaking-wet roof of a tent after covering a hole in the tent canopy.


Patience and coordination are a must. 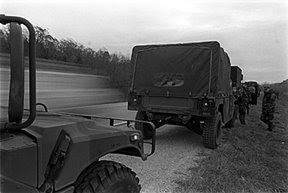 Halfway from the armory to the firing range, the convoy takes a rest stop to switch drivers and stretch their legs. 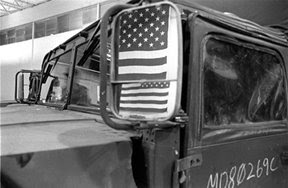 The battery's large U.S. flag is reflected in the poorly-aimed rear-view mirror of a Hummer.

- Instructions are given repeatedly, until they are learned by rote. 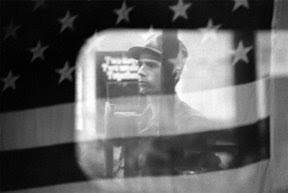 A soldier stands silhouetted by the rear window of a Hummer in the reflection of an American flag on the Hummer's windshield.